COVID-19 has made us all embrace new projects and hobbies while we were locked in our homes. Some of us have become skilled knitters, bakers, and photographers.

According to a recent survey by Bannerflow and Digiday, creativity in our work is also increasing, at least among the internal teams.

The state of the in-housing survey methodology

The survey consisted of over 200 leading European marketers with the following sample sizes: 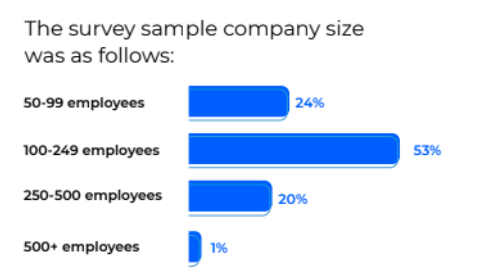 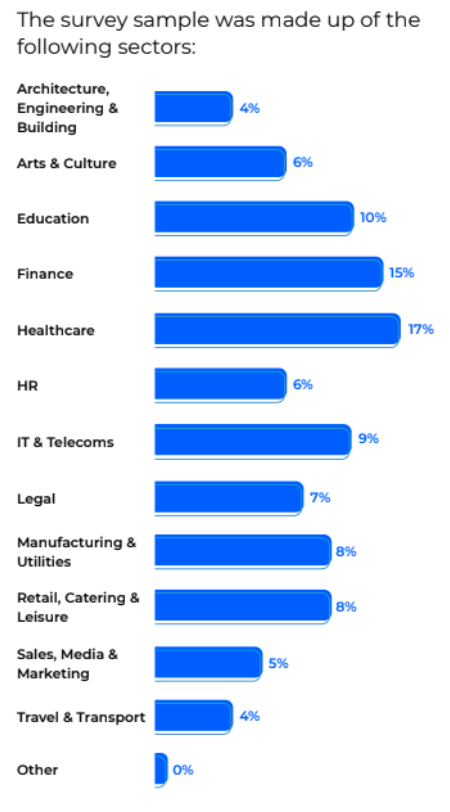 The sweet spot in terms of internal team size when dealing with a pandemic seems to consist of six to ten people:

And it is these teams that have seen growth despite COVID-19. 62% have hired one or two additional employees.

Unfortunately, smaller companies have been hit hardest by COVID-19. 56% of smaller teams lost between one or two employees in the past year.

Now more than ever, marketers need to get results, and it seems that engaging in-house staff has led to more creativity.

What else got the in-house creative juices flowing? 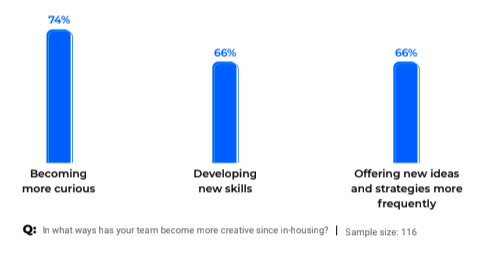 Curiosity was the main reason participants believe their team has gotten more creative over the past year. The second biggest reasons are the development of new skills and the more vocal brainstorming.

The "age" of the in-house team

Senior marketers who built their in-house teams in the last 12 months saw a 67% increase in team creativity.

With that in mind, 67% of seasoned marketers with an older team reported a positive impact on ROI compared to 60% of those with newer teams. 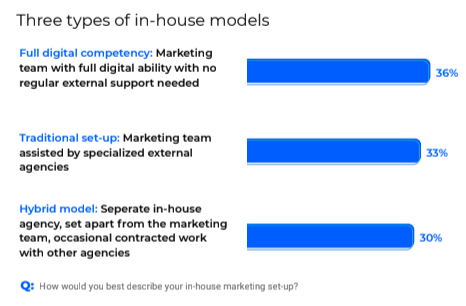 In-house teams with extensive digital marketing skills have indicated that COVID-19 has improved creativity, according to 65% of respondents.

In internal teams with traditional and hybrid setups, the creativity gains could be increased by 54% and 55% respectively.

Other reasons for the increase in creativity were collaborative technologies, the flexibility to concentrate on different media, and the increasing "team spirit".

Not only are 58% of teams using more data now, 55% believe technology is a primary reason for increasing creativity: 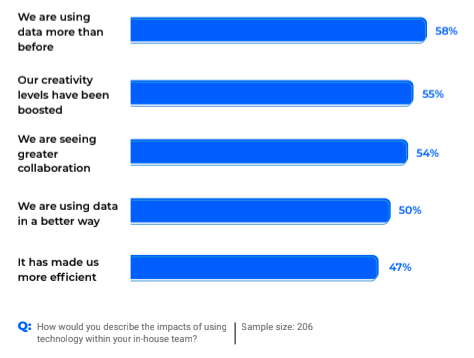 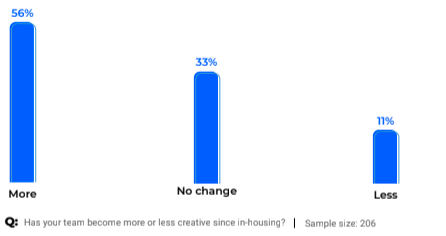 Only 11% of participants said their team has been less creative since conducting their efforts in-house, and 33% didn't notice any change at all.

Given the drastic impact COVID-19 has had on everyone's mental wellbeing, these numbers may not look too bad. However, it is worth considering the barriers to creativity in internal teams so that remedial action can be taken.

Funding to build a competent in-house team was cited as one of the biggest obstacles both for brands whose in-house teams were formed in the last twelve months and for older teams.

Senior marketers with old and new in-house teams reported having difficulty communicating the purpose of in-housing and getting buy-in.

The instability of COVID-19 can make some brand owners more risk averse when it comes to moving their operations internally.

A lack of understanding of programmatic buying is another barrier to building an in-house team.

Almost two thirds of the survey participants said that switching to an internal team had a direct impact on the ROI. 10% said there were no visible changes at all.

The ROI from in-housing measures has increased by 5% compared to the 2020 report. Whether COVID-19 was an impact is difficult to say; However, if the pandemic had a negative impact, it was not enough to cause a decline.

Whether brand owners are already on the way to expanding their in-house team or considering relocating their operations, this survey highlights the potential benefits.

How does the YouTube algorithm work? A information to get extra...

WP Engine Assessment: A Have a look at My Favourite WordPress...

OptinMonster – The easiest way to develop your mailing listing shortly

Eight Widespread Instagram Advertising Errors To Keep away from In 2020

Why you want contingency plans in case TikTok shuts down