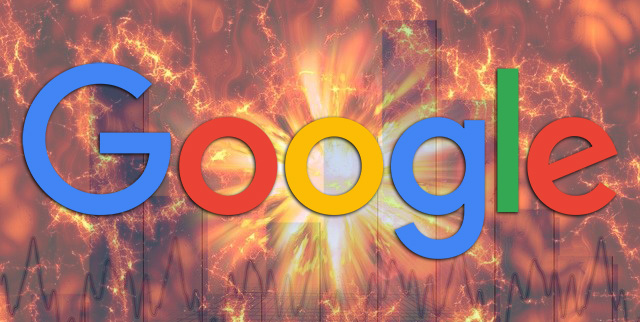 Yesterday I reported that this Google December Core update was a really unusual core update as the rollout appeared to be over a 48 hour period rather than a slow two week rollout. Well, I spoke too soon – there could have been a second wave (is it bad to use this term because of COVID?) That saw a spike in volatility yesterday, December 10th.

Now, if you look at the tracking tools, they are all showing big movement again after four to five days of very low volatility after December 4th. After December 10th we see an increase again.

Many say they are seeing reversals of what was introduced on December 3rd and 4th. Some say they saw deeper hits or better wins. I think this feels like the second wave of this core update from December 2020.

Here are the diagrams: 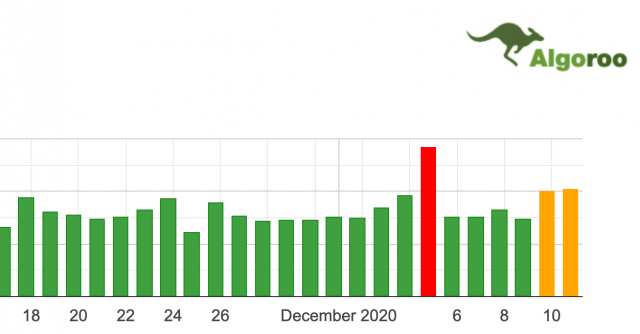 Here's some of what the community is saying about the second wave of this update:

After three days of marked improvement, my traffic has dropped again today in pathetic numbers …

Right here … sorry, I hope not all of the improvements made in the past week will be lost. We'll see in the next few hours. I see it coming, when all the improvements are gone, Google will announce the update is complete. It still seems to be rummaging around in my widgets sector when looking at my metrics and colleagues we regularly exchange data between.

After yesterday's early traffic outbreak, it was very quiet, up to 14 hours of Googleday and not even 25% of the average PVs.

The update is not finished yet. Suddenly wild movements. My traffic was down 25% yesterday and seems to be going down again today. This is while I'm getting the three best terms in the SERPS … another five overnight. Problem is, very large ecommerce sites have pushed me out of the top 3-5 places for anything sales / product related.

I was hit by the December update but today my ranking recovered. Has anyone else seen the same thing? The all-time low of yesterday for me and today will get worse if the Google analyzes are correct. I'm trying not to drown in my own tears lol.Saw some nice increase in traffic after 60% dropSame! I finally see that my leaderboards are back to normal after a long week of falling leaderboards (and some even better than before the update)!

Early to say but happy to see keywords regain position! 🙂 🙂

Yes, mine too. The ranking is slowly recovering from where it was before the update. Today the moves I see across dozens of websites are even bigger than they were on December 4th. Some of the sites are returning, others going even deeper, others that have now had profits are put down. WTF Google do you worry … I recovered slightly yesterday and now I have been raped again.

Some of the people I spoke to yesterday were first met during this update. Extinguished.

I shared an ex of a site reversal (the first one I saw with the Dec update). While reviewing the niche, there are a number of sites that have been reversed. Super interesting to see that happening in the niche. Hope you know … Here are 2 more exs of reversals (2 shots of visibility per site): pic.twitter.com/UB5QlycJgt

If you review queries that initially climbed this site sharply, you can see that some of them are falling (and falling sharply). We might very well see tremors here … Hold on. https://t.co/95Whz08QYH

I shared an ex of a site reversal (the first one I saw with the Dec update). While reviewing the niche, there are a number of sites that have been reversed. Super interesting to see that happening in the niche. Hope you know … Here are 2 more exs of reversals (2 shots of visibility per site): pic.twitter.com/UB5QlycJgt

Important changes take 24 hours on site. Seems like a total reversal! Maybe a total fix, but a lot of crappy or outdated directories are gone now. Positive for me, but big changes.

I had a big dip on December 4th, but my keywords have been recovering from previous positions since then. Got a ton of lost snippets back today

During the week I went from a full recovery to an 80% collapse (a new low). It's heartbreaking. I've invested 1,200 hours of my own time improving my website in between core updates.

I think it's a rollback. Most of the keywords that have been deleted have regained their lost positions.

Here's what I'm seeing right now. Slow shops that do not meet the most important web vitals got a better ranking in my niche. I've taken a step back, but will take two steps forward next year.

Other examples of sites experiencing additional movement (in the same direction, either up or down) due to the December major core update. Looks like yesterday until today. I also shared an example earlier. The major core update for December is not yet complete. pic.twitter.com/Zdeb2TAAqT

Great call! The websites that I saw last week have seen major drops and today have almost completely recovered. Other sites are pretty stable but not having much movement this morning.

It sure happens. Some sites that were barely hit on December 4th are getting some traffic again today.

What do you notice?

Google My Enterprise Pictures Insights from proprietor versus buyer

Tips on how to forestall Fb hacks

5 manufacturers which have gained Australian promotional awards [+What Marketers Can...

The Google Native Enterprise Panel exhibits when the hours have been...

The last word information to profitable stay streaming from house