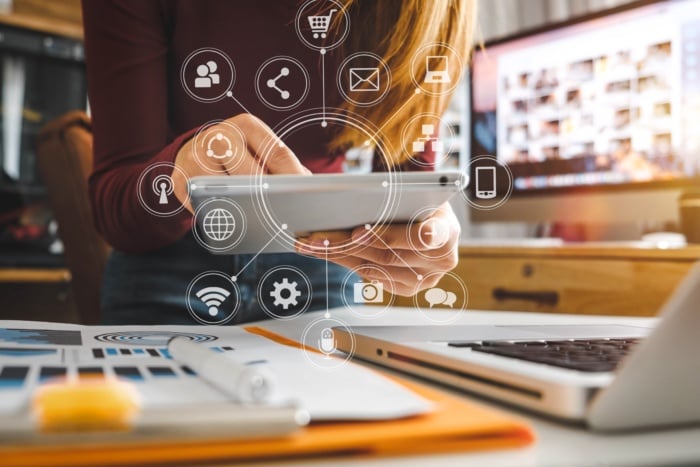 What is hyperbolic discounting?

Simply put, hyperbolic discounting occurs when people prefer to get $ 5 now rather than $ 10 later. That's it. People appreciate the immediacy of time versus the greater value of money. 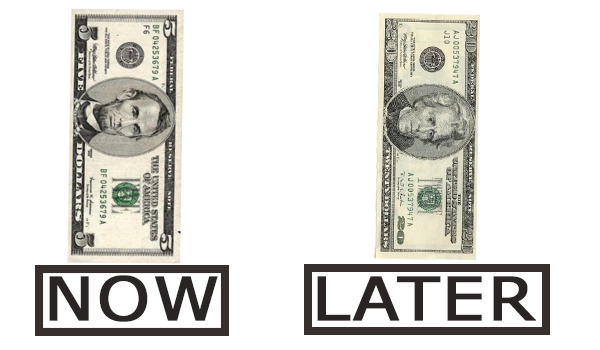 In other words, hyperbolic discounting is a person's desire for an immediate reward rather than a higher quality, delayed reward. 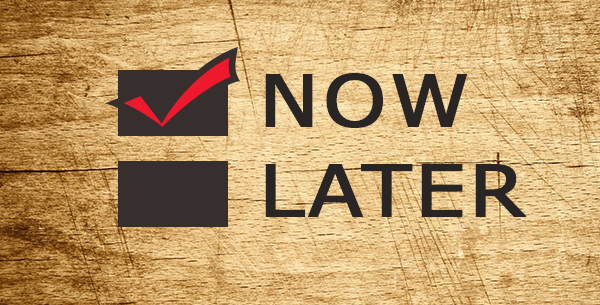 You may be confused as to why someone would not choose the belated reward when it means greater benefit.

The performance of hyperbolic discounting is adjusted depending on the time required. If you have to wait to receive both of the rewards, you are more likely to want the reward with the greatest benefit.

The pattern follows a hyperbola. Once a certain amount of time has passed, users will choose the option with the higher value again. For example, most will choose to take $ 100 in ten years over $ 50 in nine years.

This is an exponential curve: 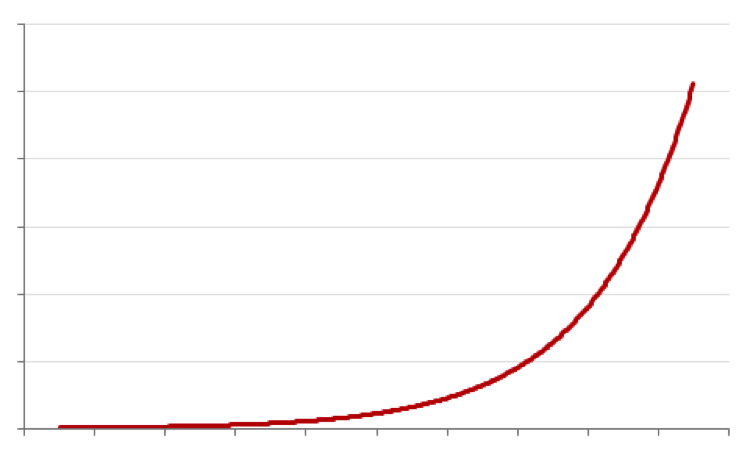 This is a hyperbolic curve: 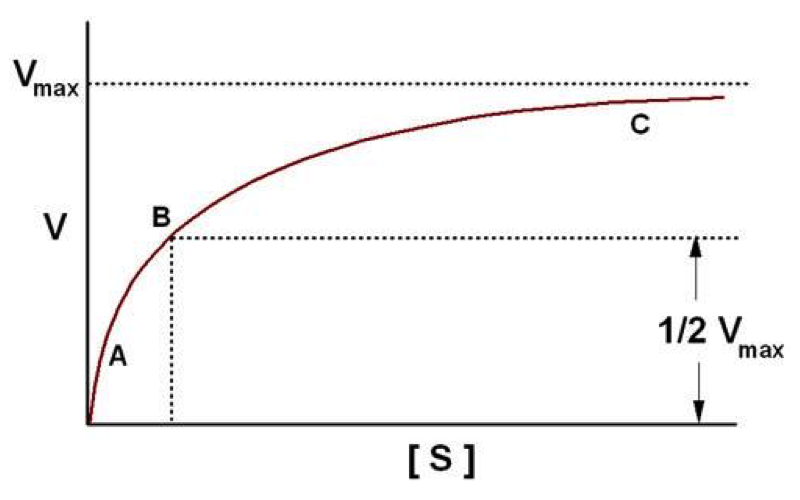 Hyperbolic, the discount rate decreases based on elapsed time. 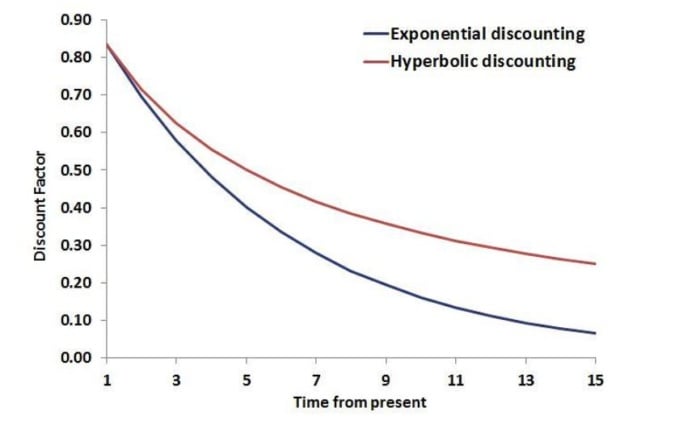 How hyperbolic discounting works in the brain

While we cannot avoid the feelings that result from hyperbolic discounting, we can counteract it by recognizing when it is happening and understanding how to proceed.

A number of scientific studies have confirmed the validity of hyperbolic discounting.

Research published in the Journal of Neuroscience has found that the brain reflexively and automatically makes negative judgments.

We don't think about whether we want more or less later now. We naturally want to benefit from it as soon as possible. This desire for immediate reward diminishes over time.

Some scientists explain hyperbolic discounting by an evolutionary approach. If your ancestors found food, they would kill it and eat it right away. They would not let the arid antelope pass in order to possibly get a thicker one later. You would get the skinny now. A small antelope meal is now better than two fat meals in a month. At that point the hunter-gatherer would die.

Imagine a dehydrated person traveling through the desert. In front of them they see a small glass of water. If they refuse to take a sip of water and continue just a little longer, they will receive a hundred bottles of water. What do you do?

According to hyperbolic discounting theory, they would choose to preserve life by having a little water now and not much water later.

The power of now in hyperbolic discounting

Copywriters, psychologists, and mothers understand the phenomenon of hyperbolic discounting all too well. We want what we want and we want it now.

In the famous marshmallow experiment, Stanford psychologists led a child into a room and offered the child a single marshmallow. The treat sat there on a table in front of them. If the child could wait fifteen minutes without eating the marshmallow, they would be given a second marshmallow.

Although most children were able to keep their appetites in check, the study highlighted an issue known as delayed gratification.

It's a concept that goes against hyperbolic discounting and the deeply ingrained ideals of culture – the whole "we want it now" idea.

Our brain is wired for the time being. Neuroscientists have discovered that when we are being stimulated by the force of something, our brain lights up like a July 4th night.

What are the Effects of hyperbolic discounting?

Gimmicks and advertisements aside, hyperbolic discounting can wreak havoc on other areas of life.

For example, hundreds of thousands of people receive coronary artery bypass surgery each year. The operation saves her life. However, it will only save their lives in the long term if they apply the right lifestyle changes.

Recommended changes include banning smoking, being more active, eating a healthier diet, and taking precise medication. Tragically, however, "ninety percent of these patients choose to forego survival and comfort in order to enjoy the short-term joys of unhealthy food and laziness" (source).

Let's examine another massive example of hyperbolic discounting. It's not that morbid, but it's just as devastating: credit cards.

Credit cards push hyperbolic discounting to the max. A credit card user can now have something of value or wait to afford the item, saving them the money they would pay at massive interest rates.

Here is another example. Many people save for retirement because there is no immediate reward for saving for the future. 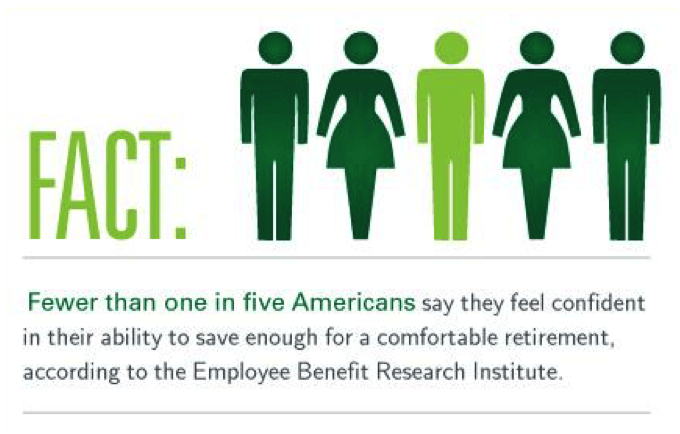 If you could eat out at a nice restaurant for $ 200 tonight, why put that money into a retirement fund to enjoy when you're 72 ?!

Waiting for a retirement investment has its own hyperbolic curve and isn't very pretty.

On a smaller scale – conversion optimization, e-commerce, etc. – the results are harmless, beneficial, and reasonable.

Are you ready to take advantage of hyperbolic discounting? This is how it works:

1. Increase your price. Wait for the reward.

Hyperbolic discounts give you the license to increase your price as long as you delay payment.

If you offer to defer payment for your goods or services, the price of the items becomes less relevant to the buyer.

This is because once the customer realizes they don't have to pay immediately, they don't think about paying. Instead, the power of hyperbolic discounting and the reward of getting the product right away dominates your customers' thinking.

Instead of thinking, “Wow! That's expensive! "The buyer thinks:" Wow! I can have it now! "Based on the hyperbolic discounting principle, the wow-I-can-have-it-now idea will prevail.

Once the consideration is removed, the buyer is ready to make his purchase, even if it will cost him a lot of money (one day). You are ready to benefit.

This is one of the most common forms of hyperbolic discounting in marketing. Perhaps you know it better than “Buy Now! Pay later! "Technology.

QVC.com uses this approach. Your website is full of hyperbolic discounts. If you want to work out your belated gratification muscles, check them out. 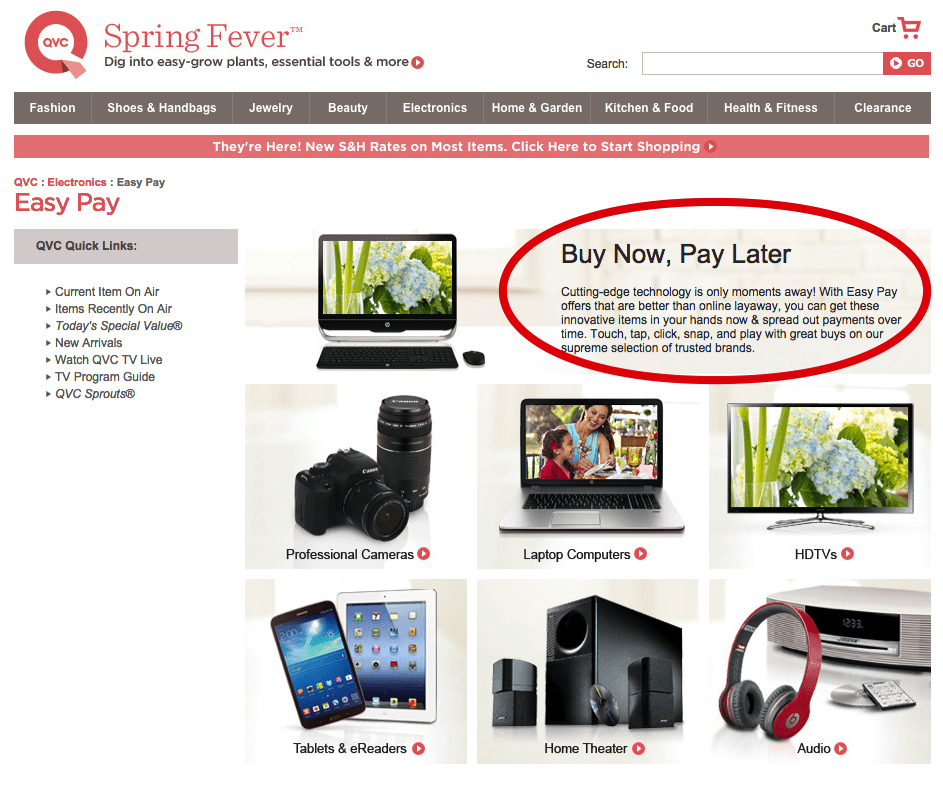 The notorious PayPal credit from PayPal (formerly "Bill Me Later") is also based on the entire psychological principle of hyperbolic discounting.

Montgomery Ward does it too. 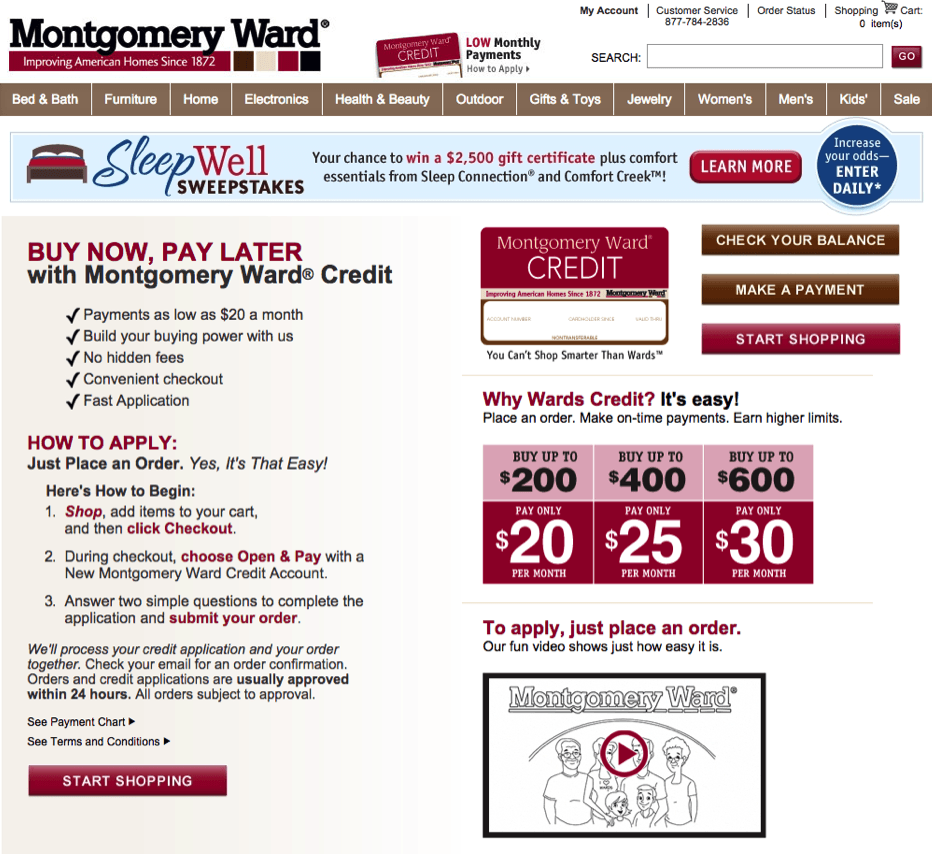 You don't have to offer credit cards to use the hyperbolic discount technique. You can simply delay the payment so that the user can make a purchase and wait for payment. It's risky for you, but it could improve sales.

3. Give an instant gift.

With hyperbolic discounting, timing is everything. That is why some people refer to it as time discounting.

The element of time is the most important factor for buyers. Instead of waiting long periods of time for a reward, they prefer benefits that are immediately available.

In many cases, a simple and inexpensive gift is enough. Sometimes users convert based on the promise of an immediate result, even if the full product isn't available until later.

EA Access allows players to participate in a program where the big results are not available until later. However, players will likely convert as they will have instant access to the parts of the game. 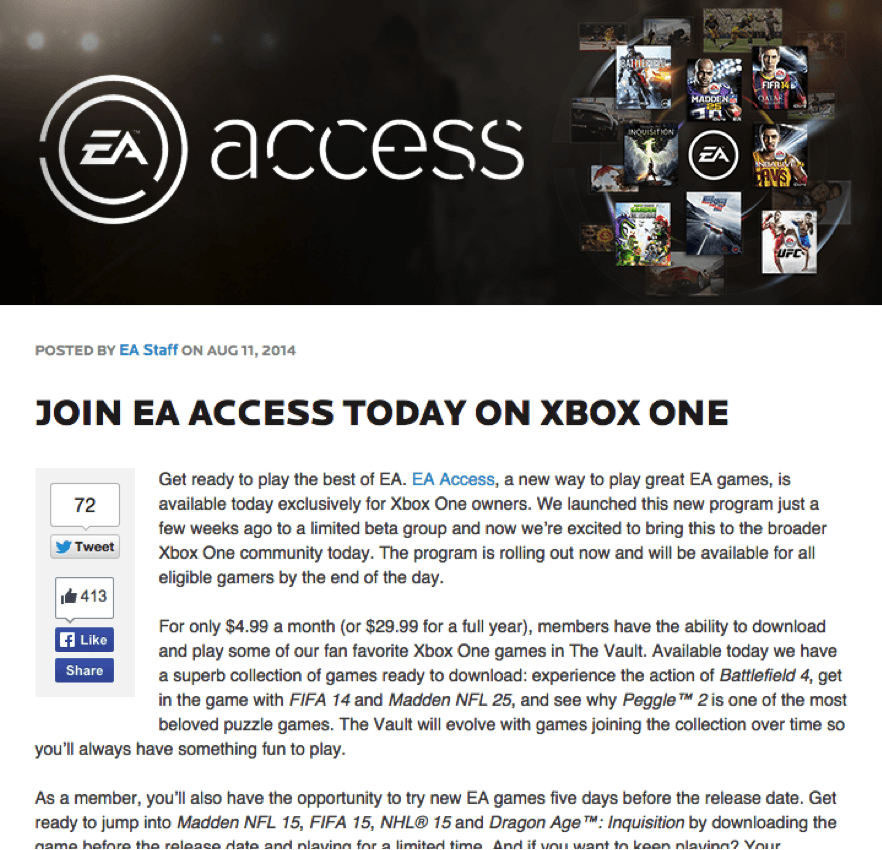 4. Charge a higher price for a shorter term.

Have you ever noticed that some websites offer payment plans that don't make financial sense?

They offer the following: However, you need to consider the frame effect. How the price is framed has a big impact on how the price is perceived. So with a flat payment of $ 139.95, users are tentative. You would rather save money now than save money in the long run.

As a conversion optimizer, you can use this technique to your advantage. Users can choose their payment method. The short term pricing option gives you more value per order as buyers are heavily influenced by hyperbolic discounts.

Online affiliate programs are very popular, but not very strategic. How they work:

If customers refer friends, they will receive money when the friends sign up. Here is a screenshot from Payoneer: 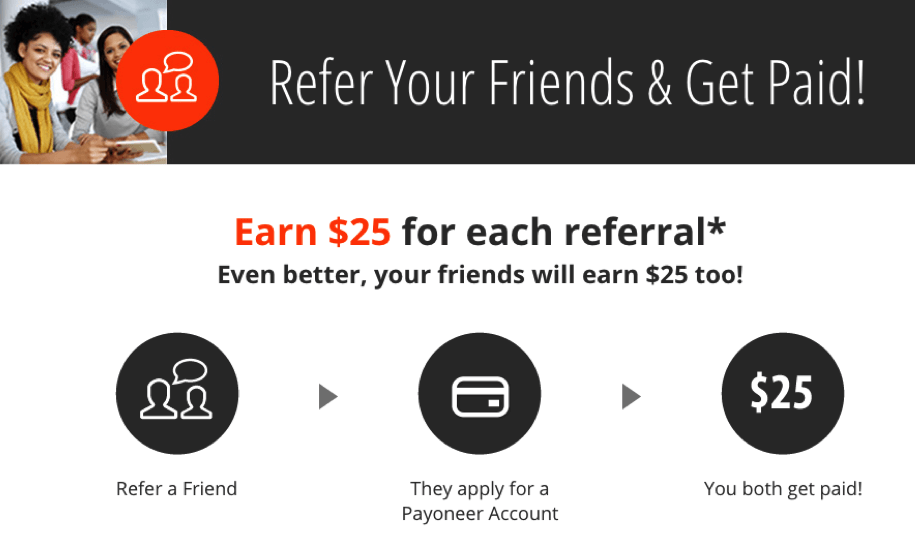 This is a nice feature, but who wants to wait for their friends to sign up? While the payout could be large, the delay is unbearable. Remember, people want the reward now.

A more strategic approach to hyperbolic discounting is to pay people to do the transfer instead of making them wait for their friends to actually sign up.

For example, if you offer 10 cents for each referred friend, you could give the referring friend $ 10 to refer 100 friends. This approach could bring you a lot more potential leads.

If you stick to the old Pay-When-They-Sign-Up model, you might have to pay $ 10 for just a single transfer. With the Pay Now model, you can force the referring friend to make 100 times as many referrals.

Why do some retailers offer mail-in discounts? The idea is that if you cut out a coupon, scan your receipt, and mail it or upload it to a website, you will have a check in your email in 20 to 40 weeks.

Who has time for it anyway? Do retailers really think they're doing you a favor? Of course not. They use hyperbolic discounting. 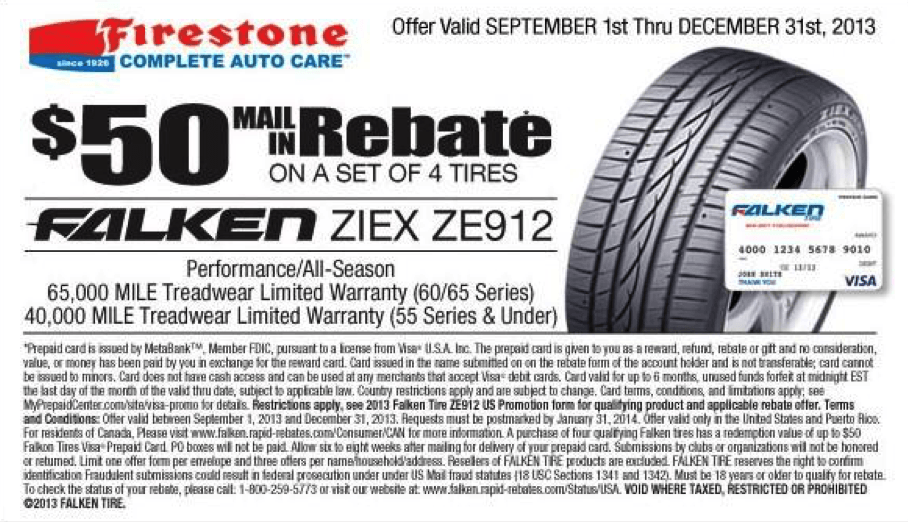 Mail-in discounts only work for a select few customers: the disciplined ones who never lose anything and save their receipts. In other words, not many people.

People will likely buy the product now thinking that they could get a discount in the future. Most likely, this discount mail will be in a pile of papers until it expires. The retailer doesn't have to pay anything.

If you want better conversion rates and smart marketing performance, this article was written especially for you.

Are you ready to harness the power of hyperbolic discounting in your marketing strategies? Let's talk!

About the Author: Jeremy Smith is a conversion consultant and trainer who helps companies like Dow Chemical, American Express, Panera Bread, and Wendy improve conversions and strategically build their testing culture and digital presence. Jeremy’s experience as the CMO and CEO of technology companies has given him a strong understanding of human behavior and profit-making techniques. Follow him on Twitter.

Learn how to discover and enhance your Amazon gross sales rank

With Instagram, as much as four folks can go dwell in a single stream

How you can get began and what it is going to...

Eradicating weblog feedback can have an effect on search rankings

The right way to Select the Proper Hyperlink Constructing Company

four Suggestions for Buying and selling: Constructing a Sturdy Basis