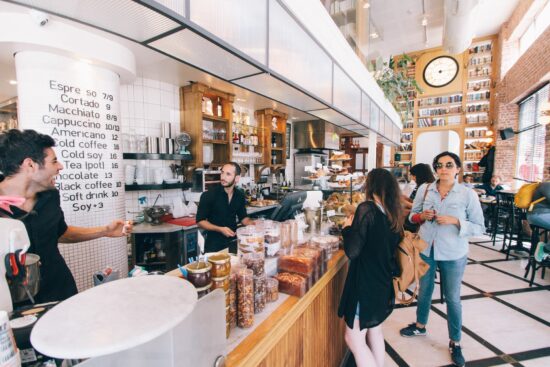 What is the minimum wage?

The minimum wage is part of a series of rules that govern employment in the United States. We didn't always have fair labor laws. However, over time, the country established them. Part of these laws was to ensure that there was a minimum hourly rate – or a minimum wage – in place.

The federal minimum wage is $ 7.25. This amount was set in 2009 and has not been updated. It's a very controversial subject. Research has shown that a full-time employee who earns $ 7.25 an hour cannot pay his bills in any state with that income alone. So there is a lot of pressure to raise the federal minimum wage.

Starting in early 2021, many people want their wages raised to $ 15. This is even higher than the California minimum wage (although some individual California cities have a slightly higher rate. However, as of now, that $ 15 minimum wage will no longer apply. It would potentially be part of such a wage, but the COVID Relief Act has now been passed removed from this plan, possibly for further review at a later date, so the federal minimum wage currently stands at $ 7.25.

What is the Florida Minimum Wage?

Since the federal minimum wage does not provide enough livable income in any state, it is up to each state to do its best to set a better minimum wage. You need to consider the cost of living and other factors. So every state has its own number.

Florida is one of the states that has a minimum wage higher than the base rate of $ 7.25 an hour. The Florida minimum wage is $ 8.65. The state reviews the amount annually and adjusts it according to a fixed formula.

Last year, the Florida minimum wage was $ 8.56. As you can see, it rose slightly from January 2021 to the current price of $ 8.65 per hour. In Florida, however, much bigger changes are on the horizon starting later this year. That's because the state's voters approved a minimum wage of $ 15 last year. It will take some time to get there, but the state has a plan.

Starting in late September 2021, the Florida minimum wage will rise to $ 10 an hour. Then it increases by $ 1 an hour every September. At the end of September 2026, the minimum wage in Florida on this schedule is $ 15 an hour. While the federal government hasn't come up with a $ 15 minimum wage plan, the state of Florida is on track to make that happen for its citizens.

This puts Florida on par with California in terms of a minimum wage of $ 15. Six other states have also agreed to this tariff: Connecticut, Illinois, Maryland, Massachusetts, New Jersey, and New York. Regardless of whether the federal government is about to raise the minimum wage or not, states are taking appropriate measures.

In many states, employees who are tipped have a special, reduced minimum wage. For example, waiters in restaurants often earn a very low base salary that is below the minimum wage typical of the state. The idea is that they get their money in tips, so it adds up. This law provides a different minimum wage for employees with tips than for other employees. This is also true in Florida.

Basically, Florida has a law that allows employers to lower the base salary of a dumped employee by $ 3.02 per hour. Currently, the Florida minimum wage is $ 8.65. However, it is $ 5.63 for tipped employees. You earn $ 3.02 less per hour but can keep tips above that amount.

No further restrictions on the Florida minimum wage

If you do the math, you will find that a single person who works 40 hours a week at the current Florida minimum wage makes $ 17,804 per year before tax. Once the minimum wage increases to $ 15 an hour in 2025, the same person will earn $ 31,200 a year before taxes. This, of course, makes a huge difference in a person's ability to pay their bills and maintain a good quality of life.

If you'd like to read our blog posts and try your hand at blogging, we have good news for you. This is exactly what you can do with Saving Advice. Just click here to get started.

Check out these helpful tools to save more. For investment advice, visit The Motley Fool.

Are you in search of a mentor in pandemic, says world author / CEO Kevin Visitor

Finest Plans: Can We Predict One thing About 2021?

The 20 hottest jobs for seniors